Pronounced 'K', it's a long story.

I've been in tech for over 30 years. And have a passion for simplicity, technology and making life easier for my clients.

No geek talk. No fuss. And none of the nonsense that I find other IT guys seem to relish. There is no need for it, because the client doesn't need more headaches.

So if you need a no BS tech guy that can be in your corner helping, advising and finding the right solution for you and your business... 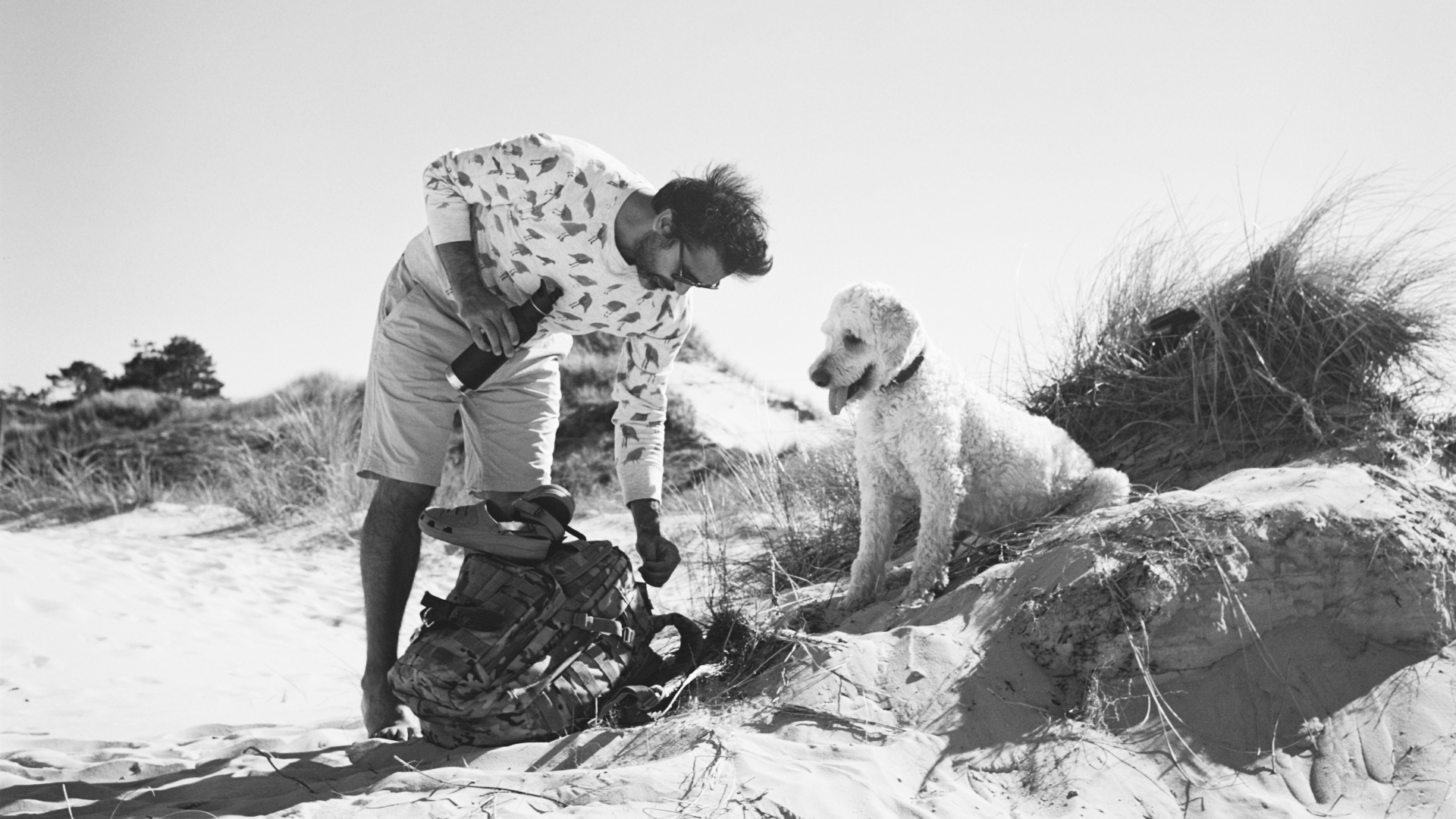 Me and my dog Woof! relaxing

Time is something I'm very passionate about, so when you work with me, I make sure I spend time on the correct process to get the project done on time.
‍
Also, as I only work on three projects simultaneously, it gives me enough 'space' to get the project done and helps me share my utmost attention to your project.
‍
I have a waiting list for larger projects, so the sooner you get in touch, the sooner we can get started on your project.
‍
So if you're interested in hiring me, get in touch and let's get started...

Who I work with

My focus is to help professionlas and small businesses simplify the software and tools they use to run their business so they can help their clients easier, however...

‍Yes, I do also work with consultants

Yes, I do also work with coaches

Yes, I do also work with entrepreneurs

Yes, I do also work with startups

Yes, I do also work with nonprofits

What I don't do

Working 1-on-1 with someone is far more valuable than trying to shoe-horn ideas that are based on nothing but conjecture and assumption, so...

No, I don't sell courses

No, I don't offer lead magnets

No, I don't monitize my thoughts

No, I don't do group coaching

No, I don't have package deals

What my clients say

As a tech consultant for 30 years, I’m incredibly humbled to have worked with some really awesome clients and projects. Here are some extracts...

Knowledgeable and a good listener

Great insights on technology and minimalism

Innovative with ideas related to the business

Patient and keen to help and make your life a lot easier!

I don't consider what I do as 'work'. Confucius said: 'Choose a job you love, and you will never have to work a day in your life'. This is a philosophy that's close to my heart. I do love what I do.

I see my work as people giving me things to 'play with' and then give me money. It's like I'm back to being eight years old again. I cherish it.

We live in a world of complications and red tape that cause anxiety and fuss. Life is about living, not friction and working all our of the day.

Work should be incidental to life and not the other way around. So creating a simple, frictionless work environment will help achieve that goal.

There are many 'IT' professionals out there. But I attack the issue from a different perspective. What the client needs is the result and not to know (necessarily) the steps required to get there. We all tire of details. We just need the job done and done well.

I loath being known as just another IT guy. I'm a Solutions Expert. A Problem Solver. Or even a 'The guy who know's how to resolve tech issues'. I work closely with my clients and get an understanding of the issues at hand before I give my advice.

Let's have a chat

Where it all started

I started young. When I was around eight years old, I used to open up items around the house to see how they worked. My father hated it! But if there was an issue in the house, I was the one they turned to for help and guidance. It was rather satisfying.

With my pocket money, I used to pass the toy shop and sail into the hardware store to buy lamps, cables and batteries. I was a very strange child indeed. But it seems to have helped with my love of gadgets and getting things fixed and working again.

I've had several IT-related jobs in the early years of my career. But I started out as being interested in music technology and how audio could be manipulated. So I began with getting a job in a small music shop. And soon I was installing, consulting, supporting all kinds of music hardware and software.

Do you remember the Atari ST? or the Atari Falcon? Yep, our store in London was one of the first with professional audio equipment for studios.

ProTools, Logic (or Notator back in the day), Cubase etc. these were the norm for me back then. I have even released music with the knowledge I gained while I was there.

A few years later, I moved to a more 'pro' company. But this time I was in charge of clients that needed more with their equipment. I was known and 'The SCSI King' I won't go down that path, It's a long story!

Further still, I found myself at ITN, the news network in London. This is where I was responsible for the output of nightly programs. as well as making sure the whole building worked.

Anything technical, from a lightbulb to a vision mixer needing to be fixed before going live on air. Setting up a Mac system for the design team to do the live on-air graphics, was my remit.

During this time, I was also freelancing for clients as an Apple consultant. Fixing, advising and supporting them in their homes and businesses.